The Udder One is a new and exciting partnership with Simon Lacey; the director and head cheese-maker of Laceys Cheese, a long established & award winning Yorkshire cheese company, and David Fawcett;  a good friend of Simon’s and head goat miller for an award winning goat farmer.

After moving to his new unit in Reeth back in 2015, Simon had room to expand his role in the dairy industry a bit further. Simon wanted to make a product that would continue the great ideology that Laceys Cheese has: a tasty product that is traditionally made. One idea that kept coming to mind was ice-cream! Simon and his friend Dave partnered together to come up with a product that would fill a big gap in the market- Goats milk ice-cream!

There is a big gap in the market for an alternative to cows milk ice cream, especially in the North of England. For many people, cows milk is just not an option which is why they choose goats milk. After all, 65% of the world’s population drinks goats milk over cows milk. However, there are also so many other benefits and reasons why we choose goats milk:

Even with all of this in mind, Simon and Dave knew that the many health benefits of goats milk ice-cream wouldn’t matter if the product wasn’t yummy! So they got to work with testing different recipes and flavours, and they took a trip to an ice-cream factory in Scotland to make their first test batch back in July.

They made plenty of ice-cream in Scotland, so they brought it homes for friends and family to taste test (of course!), and it was a success! It was a great first batch and despite a few little things that needed tweaking, it showed great potential.

With the success of their first batch, Simon and Dave decided to bite the bullet and invest in an ice-cream machine. This vital piece of equipment was delivered all the way from Italy in early September, and has found a nice home in Simon’s cheese-making factory in the heart of Reeth.

Since the ice-cream machine has been delivered, Simon and Dave have continued to experiment with different recipes and flavours to create the perfect goats milk ice-cream. 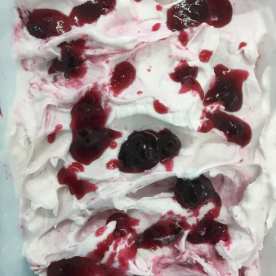 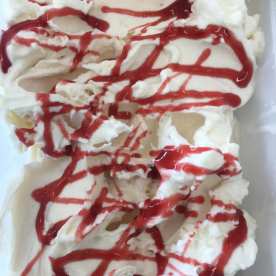 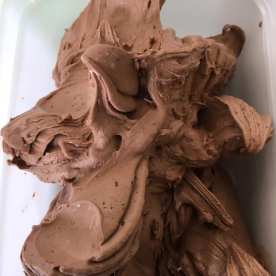 Simon and Dave are hoping to have their amazing goats milk ice-cream fully in production and on sale in the new year, and they are both looking forward to creating an amazing product which is not only delicious and traditionally made, but also suitable for vegetarians and lactose friendly.